Please wait while the audio tracks are being loaded.

It appears there are not any audio playlists available to play.

The track url currently being played either does not exist or is not linked correctly.

Update your browser to a recent version or update your Flash plugin.

There are not any Gigs scheduled at this time. 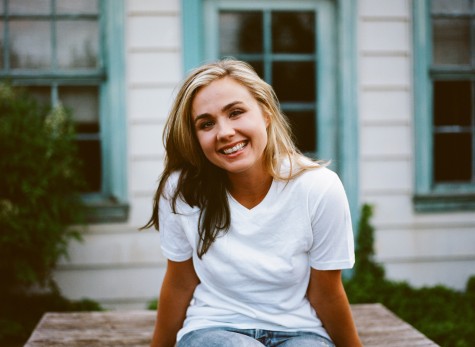 CPA and singer/songwriter might not seem like two titles that would share space on the same resume. But on Myla Smith’s, they do – right alongside baseball stadium scoreboard operator, Christmas tree farm worker, and show choir choreographer.

“I knew a lot of people who had music degrees, and not a lot of them had jobs,” Myla laughs. “I felt like college was what you did to get a job, so choosing the path I did just wasn’t very complicated to me at all – music was always like, of course I’m going to do that. No matter what.”

And from a very young age that was the case for Myla – save a short stint in Dallas, she spent most of her childhood in a small town north of Memphis called Shake Rag, Tennessee, wearing out two Fisher Price tape recorders with her early compositions. (Although it was in Dallas that Myla picked up her first paying gig as a singer – she overdubbed vocals for the child actors on the TV show “Barney and Friends”. Yes, that Barney.) She moved back to Shake Rag at 13 and started writing and playing the guitar.

Then came four years at the University of Memphis, where Myla majored in accounting and graduated with a 4.0. She doesn’t hide her nerd status – she’ll even readily admit to being the president of her accounting honors society – and all that hard work earned her an enviable position at an international public accounting firm. For nearly four years after school, she worked (tirelessly) as a financial statement auditor.

But, just as she’d known it would be all along, music was always there. She released her debut album All The Things That Go Missing in 2006, on her own label Shake Rag Records, while still working 60 hours a week for the accounting firm. She says that album took almost two years to finish because of her schedule – and six months after its release, she decided to shift her number crunching to part-time and pulled music closer to the front burner. “I felt like a crazy person – this was the dream job, the best job you could get out of college,” she says. “I’d worked so hard to get here, and I stubbornly believed that I could make it work. But it just wasn’t working. Whatever the dangling carrot was that everyone was trying to get, I realized, ‘I don’t even like carrots! What am I doing?’  It was never the right fit.”

Myla released Amid the Flood in 2009, a record of reimagined hymns she made with her brother Luke, who’s currently in seminary in St. Louis. In 2010 she released her second solo album, double EP White/Gold. But something pretty important had happened before that date – she’d met and fallen in love with bassist/cellist Richard Thomas. They released White/Gold on their wedding day.

When Myla talks about how she’s grown as an artist and how her career has evolved since her debut in 2006, she points to Richard. “When we started dating in 2008, he was immediately so interested and so invested in my music,” she says. “I’d always kind of felt like, I’m a solo act, I’ve got to figure everything out myself. But with him, I felt like I had a partner in it. He wanted to help and he had ideas and dreams for me. When you find someone who dreams for you, through your eyes – it just inspired me to want to do more, to have a thoughtful vision for my career, for my music, for what’s next.”

So, what is next? After releasing her EP Drugs in 2012, which climbed all the way up to #1 on Amazon’s Pop Singer/Songwriter Charts, Myla spent a year writing in preparation for her full-length record Hiding Places, recorded and produced by Brad Jones (Josh Rouse, Hayes Carll, Over the Rhine) in Nashville. Hiding Places garnered praise from Billboard magazine and CMT Edge and is Myla’s most personal record to date.